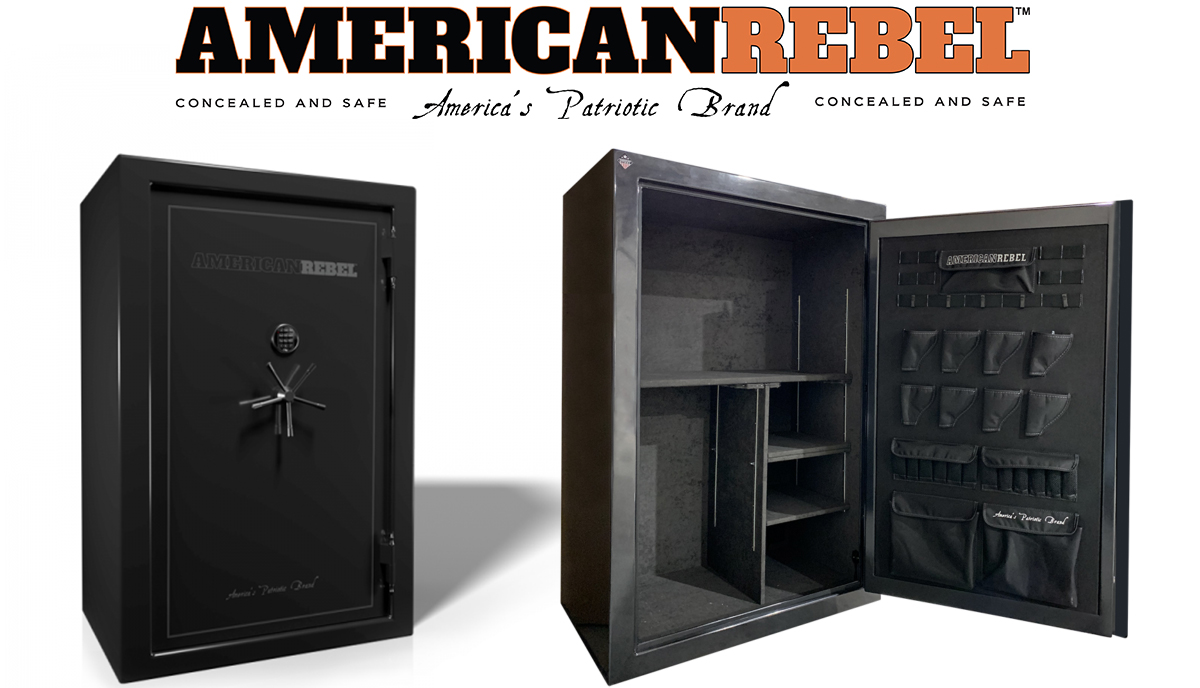 The American Rebel Black Smoke Gun Safe is strong - very strong. It's constructed entirely of pressure-formed 11-gauge American-made steel. This gun safe is 3 times stronger than the 14-gauge steel used in most gun safes manufactured in China. The door uses 11-gauge inner steel which is 6 times stronger than imported safes. 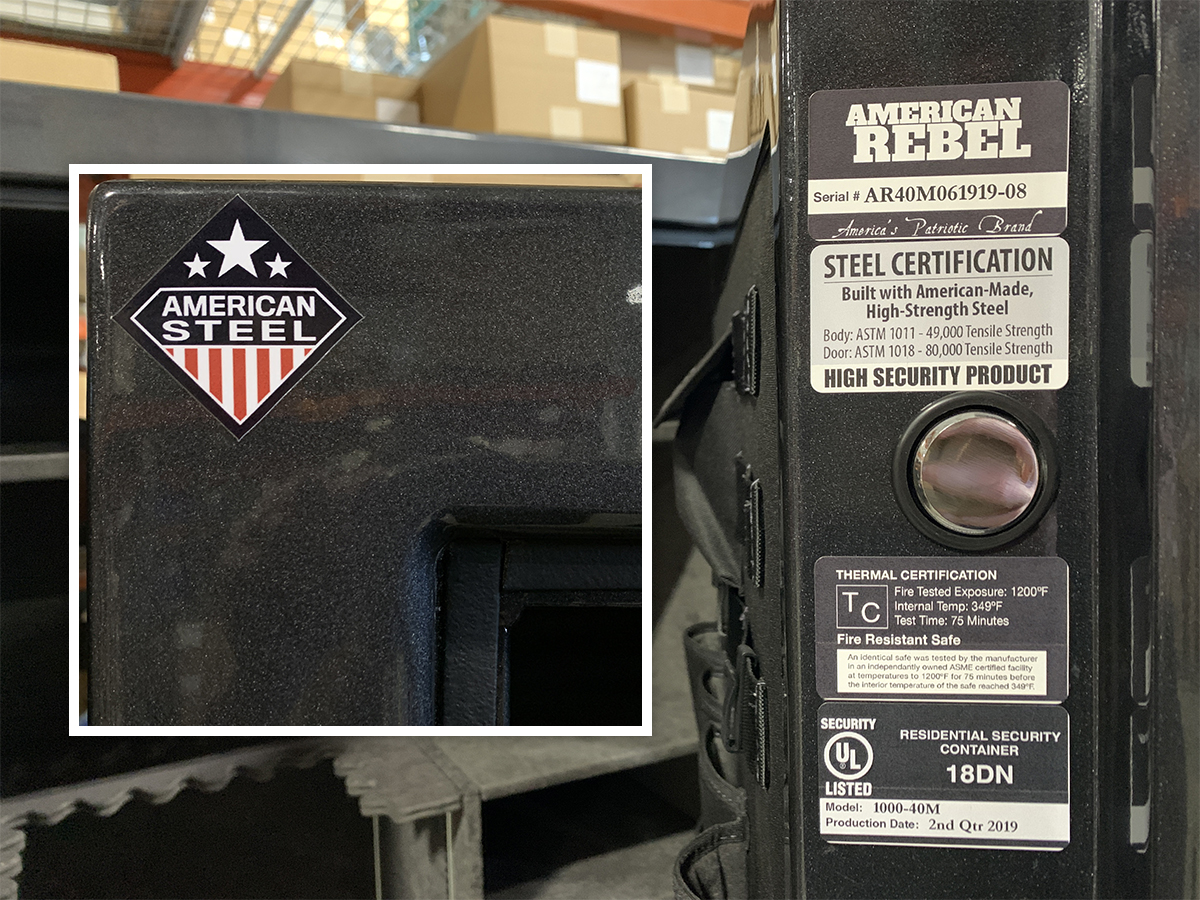 The American Rebel Black Smoke gun safe features a Sergeant General Electronic Lock with a small light that can be turned on to illuminate the keypad. The 5-spoke dial feels solid and powerful as you turn to release the bolts. With the external hinges this gun safe door swings open a wide 180 degrees. 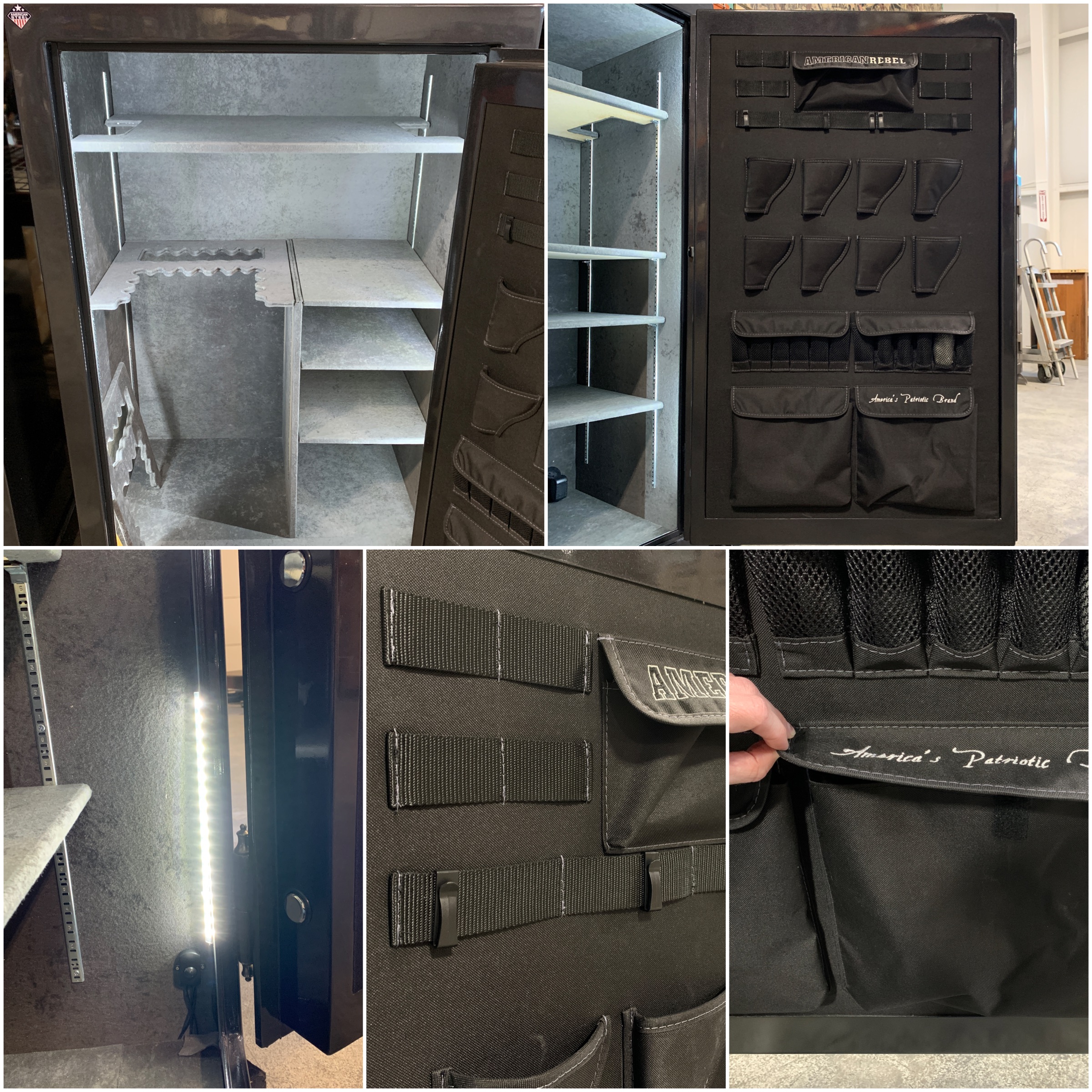 The AR Black Smoke interior has a standard center divider with long gun racks and shelving available for both sides. Preinstalled track lighting illuminates the entire gun safe so you can easily find what you need. The door panel includes pouches and hooks to organize pistols, magazines, knives and documents. 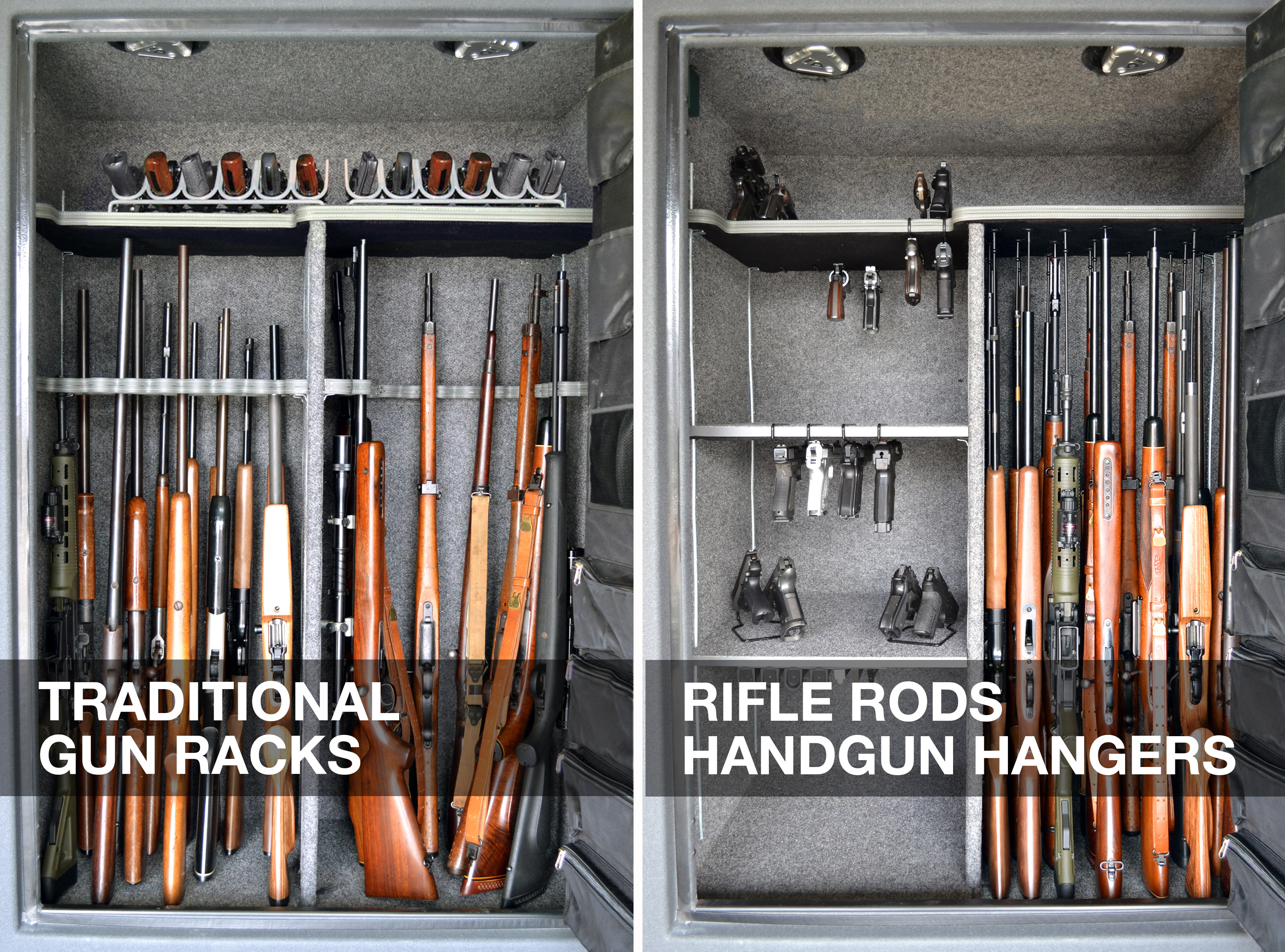 For this gun safe to achieve the highest capacity, use our Gun Storage Solutions products. Our  Rifle Rods and Handgun Hangers, as well as all our other Gun Safe Accessories create extra space inside your safe. With versatility as a priority, our products will retrofit this gun safe to hold more guns, make things easier to access and increase overall functionality. Be sure to check out our alternatives to a standard gun rack and add these helpful tools to your cart!

As one of the strongest and most secure gun safes in the world, the American Rebel Black Smoke series can be a very important asset for you to consolidate and secure your gun collection.